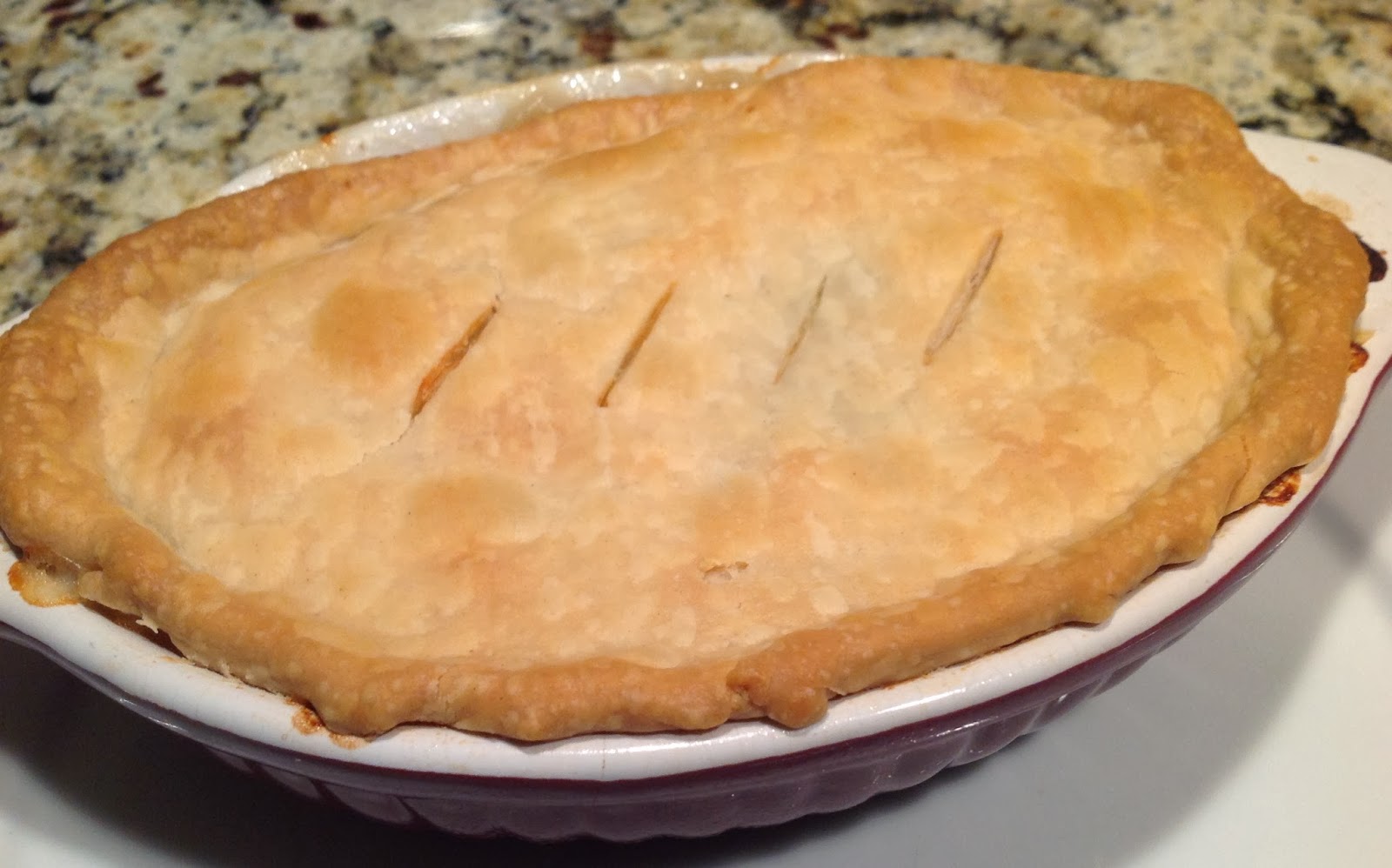 Once I found this recipe it' became the only pot pie recipe I use.  It comes from Pillsbury.   Instead of making one large pot pie I like to make this pot pie in 4 individual servings.  Either way it's one fantastic Chicken Pot Pie!


Note: I always have a bag of (Tyson) frozen chicken breast in the freezer and with these you just bake them frozen and the meat is so tender. I like Tyson because the meat isn't fatty.


Instead of one large pot pie, here I make 4 individual pot pies.  (I don't use a bottom crust here, only a top crust.)

At this point, you can freeze the pie pie(with out the top crust). To bake, thaw, and put on pie crust right before baking, bake as directed. 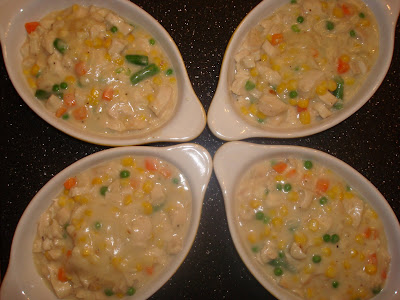 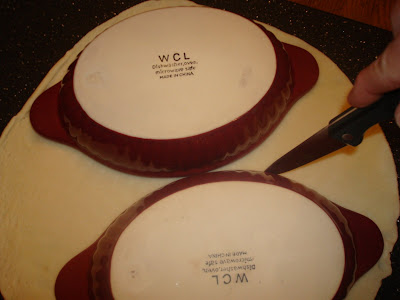 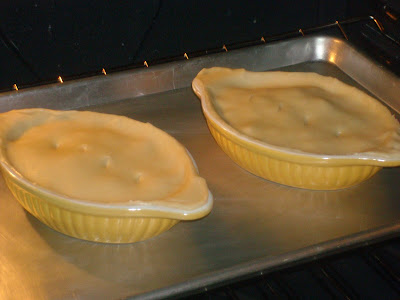 Watch my webisode of "What's Cooking" 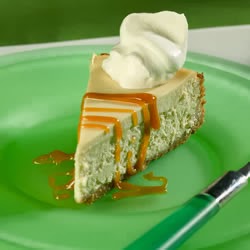 Our kids, Megan and Michael